This week my daughter started dance class.  We went together and picked out her pink tutu and ballet slippers, then came home to try them on for her Papa.  I wanted to get some cute photos of her all dressed up, but, being the daughter of a photographer, she is pretty sick of having her picture taken.  I had an image in my head of her being all sweet and dainty in her pretty new tutu, but she wanted no part of it and was horsing around, making faces and generally being a goof.  No amount of bribing or stern voices on my part (which seriously never works, I don’t know why I bother!) could get her to stand the way I wanted her to so I could get the shot that was in my head.

But I got this shot instead, which is much more her than the dainty ballet princess I had in my mind.  I love this picture because it reminds me to capture children the way they are, not the way I want them to be. 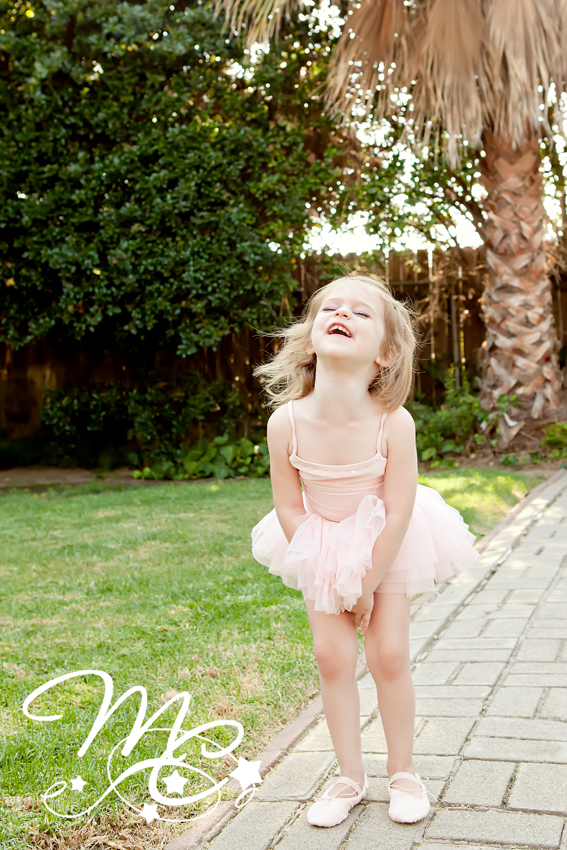